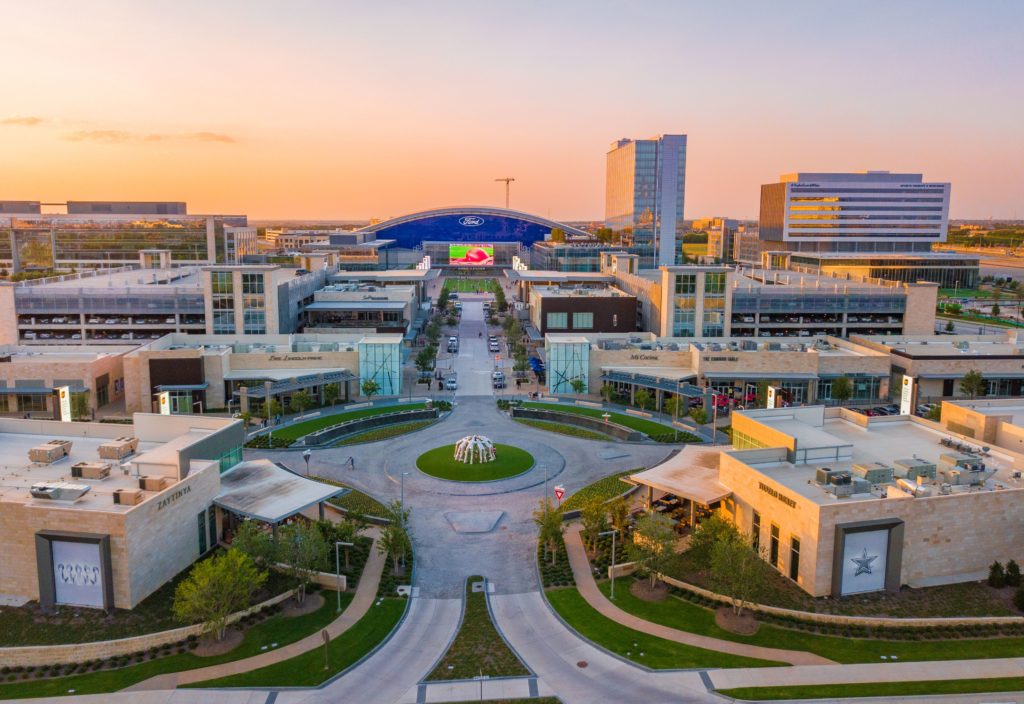 The real estate arm of the Dallas Cowboys and the Jerry Jones family has acquired a more than 100-acre tract in the growing city of Frisco, Texas, a suburb about 30 miles north of downtown Dallas, near the future headquarters of the PGA of America, creating another opportunity for a potential mixed-use development like The Star in Frisco, home of the Cowboys’ headquarters. The land deal, which closed Friday, adds to the Jones family holdings in the immediate vicinity, bringing its acreage to more than 500 acres near Rock Hill Road and the Dallas North Tollway along the northern edges of Frisco, which is the No. 4 fastest-growing large city in the United States, according to recently released census data. With the additional acreage, the buyer, an affiliate with Blue Star Land, which is the real estate arm of the Dallas Cowboys, will have the opportunity to create something special, said Rex Glendenning, founder of Frisco-based Rex Real Estate. “In 2013, I sold the land for The Star in Frisco, which evolved into a true mixed-use environment that complements the Cowboys headquarters,” Glendenning said in an interview. “I think this land will be special too.” The acquired tract’s proximity to the soon-to-built PGA of America headquarters, a sports organization with about 29,000 golf professionals, as well as plans to develop the area surrounding the highly-anticipated project, could make this yet another area of Frisco destined for mixed-use development, said Glendenning, who worked in conjunction with Joe Hickman of Blue Star Land in the land acquisition. Glendenning also represented the seller, Texas Republic Realty, a real estate investment vehicle for oil and gas entrepreneurs George Bishop, Margaret Molleston and Ben Weber Jr., in the deal. Terms of the deal were not disclosed. Bishop is a Texas billionaire, according to Forbes, and the founder of GeoSouthern Energy Corp., which is based in the Houston area. The acquired acreage along Rock Hill Road brings Blue Star Land’s holdings in the immediate vicinity to about 500 acres, Glendenning said. Last year, Blue Star Land acquired an industrial park in Frisco that it is developing into a 425,000-square-foot distribution facility for its Cowboys-branded merchandise. The developer has also been working with some potential build-to-suit users on remaining tracts within the industrial park. Other nearby Blue Star-land owned acreage includes land on the northeast and southeast corners of the Dallas North Tollway and Rock Hill Road. Blue Star Land owns thousands of acres in the region. The decision by the Dallas Cowboys to relocate its headquarters and practice facility to Frisco further enriched some of the Jones family holdings. According to CoStar data, the Frisco area of North Texas is an up-and-coming office market with about 8 million square feet of office space, which has grown on par since the early 2000s when the city began attracting droves of residents seeking affordable housing with a well-ranked school district. In turn, companies began to set up shop in the northern Dallas-area suburbs in hoping to attract talented professionals. The Cowboys have partnered with the city of Frisco and Frisco Independent School District to give high school athletes a chance to play at the football team’s practice facility in a public-private partnership deal. Meanwhile, PGA of America is relocating its headquarters from Palm Beach Gardens, Florida, a northern suburb of West Palm Beach, to Frisco at a campus that should be completed in 2022. The campus will include a 500-room Omni Hotel, a 127,000-square-foot conference center, two championship golf courses, a short course, practice areas totaling 45 holes and a clubhouse. The golf courses will be open to the public.