Market Stat: Industrial Market in Dallas-Fort Worth Shows No Signs of Slowing Down 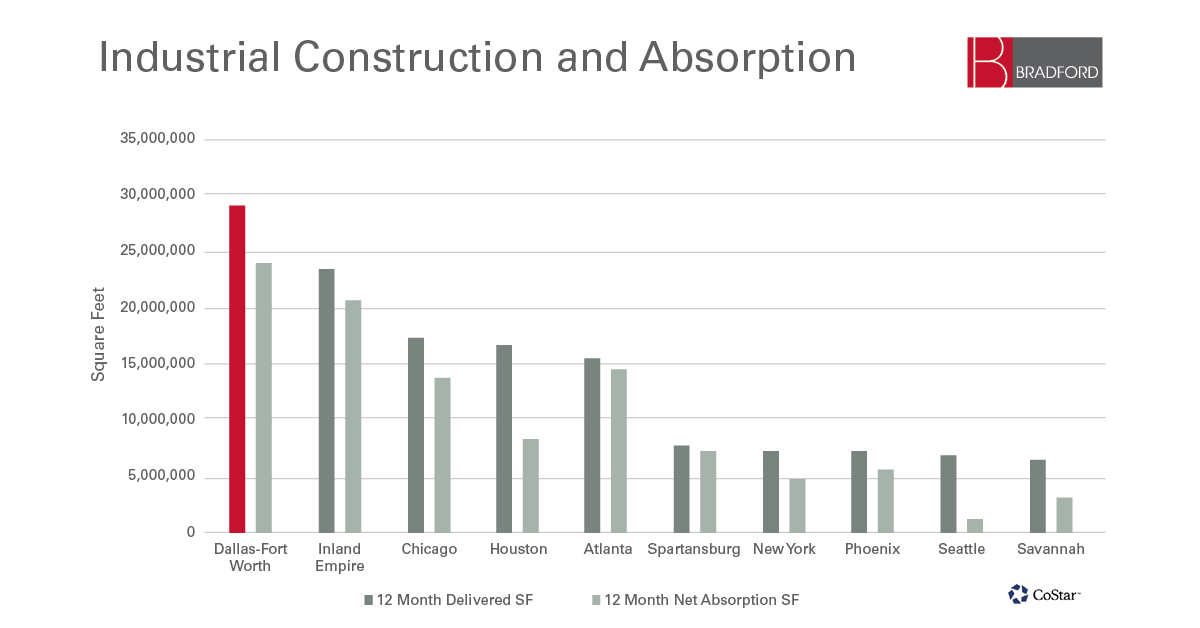 Dallas-Fort Worth currently leads the nation in terms of industrial development, as the market currently has 29 million square feet of completed industrial space over the past 12 months, and there are no signs of slowing down.

The East Dallas-Forth/Las Colinas, Northeast Tarrant/Alliance and southeast Dallas/Interstate 45 areas of the market capture 47% of the construction during the 12 month period. The connectivity provided by the airport helped foster development, as two buildings over a million square feet each, such as Bandera Venture’s 1.5 million-square-foot distribution faculty for the Peruvian fruit company Pedrega and Copeland Commercial’s one-million-square-foot distribution facility, was built on Dallas-Forth Worth Airport grounds.

With 929 million square feet of inventory worth $71.7 billion, Dallas-Fort Worth is the third-largest industrial market in the United States. Even with the current levels of construction, vacancy rates have remained stable, now sitting at 6%. Rents have also increased by 5.7% year-over-year.