Aided in part by adding more than a million residents from 2010 to 2018, Dallas-Fort Worth was the fourth most populated metro region last year.

Population estimates released last week show that Dallas-Fort Worth was home to more than 7.5 million as of July 1, 2018. Only New York City, Los Angeles and Chicago metropolitan areas had a larger population. 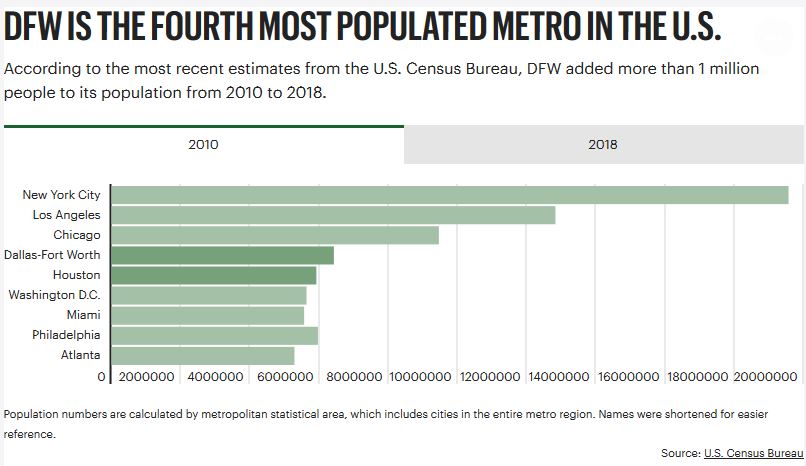 According to the most recent estimates from the U.S. Census Bureau, DFW added more than 1 million people to its population from 2010 to 2018.

Both Houston and Dallas added more than a million people from 2010 to 2018 by birth, domestic migration and new U.S. residents. Dallas saw an influx of 1.11 million, just edging out Houston’s 1.07 million, to have the highest number of added residents in the country.

Despite the large population totals in DFW, many other Texas metros had a higher percent growth in their populations. Five other Texas regions had more than a 17 percent increase in population from 2010 to 2018, with Austin reaching as high as 26 percent. San Antonio and Dallas both sat near that 17 percent mark. 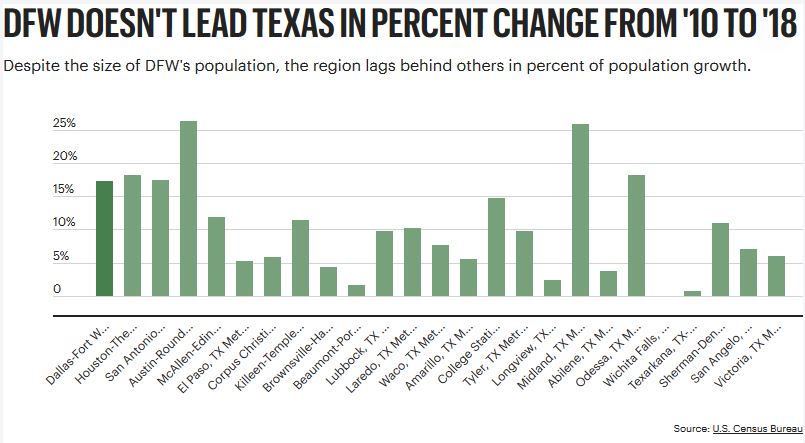