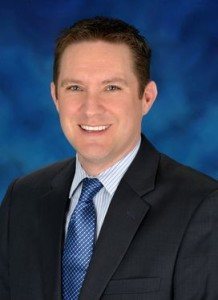 FORT WORTH – The 500,635-sf RiverPark Business Center has reached 100% occupancy, backfilling 14,760 sf of distribution space with a new tenant for the region, Austin-based My Fit Foods Inc. My Fit Foods has signed a long-term, triple net lease for 15600 Trinity Blvd., gaining class A industrial space for a commercial kitchen and distribution center to service retail stores and online orders throughout North Texas and beyond its borders. Roughly 5,000 sf of the leased space is dedicated as office. “We had a lot of activity on that space. Ultimately, the landlord thought this company was the best fit,” says Michael W. Spain, senior vice president and managing partner of Dallas-based Bradford Commercial Real Estate Services. He and Will Dillard, a Bradford broker associate, negotiated a direct deal for the landlord, SCG River Park Business Center LP. My Fit Foods has ramped up operations in an end cap of a 145,400-sf building, the smaller of the project’s two structures. The space was empty about six months – and there are no additional openings on the horizon. My Fit Foods has retail locations in Arizona, California, Illinois, Oklahoma and Texas. Thirty-seven of its 54 stores are located in Texas.