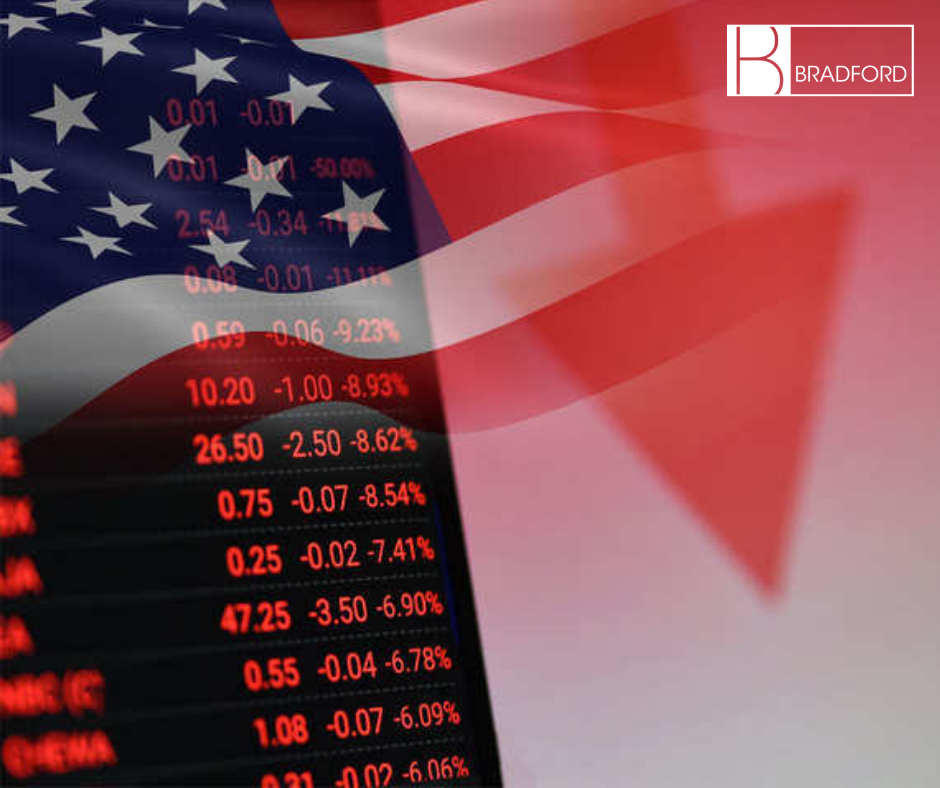 CHARLOTTE, N.C. — The current U.S. economic expansion — 120 months and counting — is poised to become the longest in modern U.S. history come July. Mark Vitner, senior economist at Wells Fargo Securities, says the runway is clear for additional growth until at least 2021 before the start of the next recession. The last time the U.S. economy expanded for such a long duration was from 1991 to 2001. Post World War II, the average length of economic expansions has been 58 months, according to the National Bureau of Economic Research. “We don’t have a recession in our forecast. We put it in 2021 because we won’t forecast 2021 until September,” said Vitner. “We’ll likely put the recession in 2022. It’s hard to predict a recession years out. It doesn’t feel like there’s a recession right around the corner, but it never feels that way.” Vitner’s comments came during the keynote address at the 10th annual InterFace Carolinas, a networking and information conference that took place on May 30 at Hilton City Center in Uptown Charlotte. Hosted by InterFace Conference Group and Southeast Real Estate Business, the event brought together more than 240 attendees and featured six panels on all aspects of the commercial real estate spectrum. Red flags While the Wells Fargo economist doesn’t believe a recession is imminent, he did warn the crowd of a few warning signs. Historically, recessions begin a few months after the unemployment rate hits its lowest point in the cycle, consumer confidence reaches its cyclical peak and the curve between the 10-year Treasury yield and the federal funds rate inverts, all of which have occurred. (At the close of business on Monday, the 10-year Treasury yield stood at 2.07 percent, which is below the 2.5 percent federal funds rate.) “These things have happened, but it doesn’t mean that the consumer confidence won’t go higher for a couple more years,” said Vitner. The inverted yield curve could ultimately prove to be a false signal of a recession. Vitner said that one economist described it as more fluid, or a “millennial yield curve.” Vitner suggested the way interest rates are tracking globally is a good barometer for how the U.S. economy will fare. Germany and Japan’s 10-year bonds, for example, have a negative yield as of April 30. “Japan an 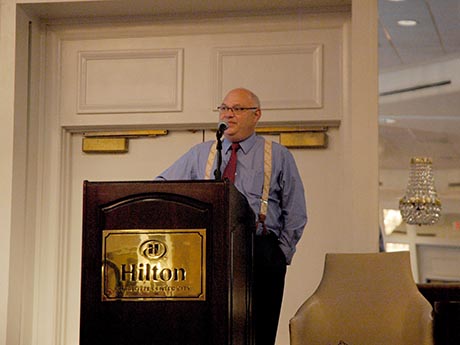 d Germany’s economies have slowed. That’s one of the reasons behind our inverted yield curve,” said Vitner. “The spread between long-term U.S. interest rates and German rates is fairly wide. That puts a low ceiling on how high our rates can go.” Vitner predicted that the Federal Open Market Committee (FOMC), the monetary policymaking body of the Federal Reserve, will actually cut the federal funds rate in the near term to ensure that the yield curve remains upright. “There’s a good chance that the Fed cuts the federal funds rate on June 19,” said Vitner. “Maybe it is a millennial yield curve, but I don’t think that they can take the chance. The economy has softened enough that they may go ahead and cut rates.” As far as the cyclical low unemployment rate of 3.6 percent in April, Vitner said that there is still room for that metric to compress. “I hear from employers that the hardest thing for them is finding workers,” said Vitner. “The labor markets are much more efficient than what they were, which is why there’s not much pressure on wages. The unemployment rate will get to 3 percent, and we still won’t have a problem with inflation.” What the next cycle holds Vitner said that once the next recession does hit, he anticipates the U.S. economic recovery will be much sharper thanks to the Tax Cuts and Jobs Act of 2017. “The next recovery will be V-shaped recovery versus a Nike swoosh,” said Vitner. “Tax reform will help us in a more significant way because more buying power will give us a stronger recovery.” Vitner also said that the construction trends in the current cycle put the commercial real estate market in an ideal spot for the next recovery. The product built in this cycle was less than in previous cycles and was more concentrated in a select few submarkets. “If you add up all the office, industrial and retail space built in this cycle and compared it to prior cycles, what we’ve built is about 15 percent of what we would build in a typical cycle,” said Vitner. “And 18 markets, including New York, Los Angeles and Atlanta, have accounted for 70 percent of all the apartments built in the United States since 2010. That’s where most of the young people have been moving — that’s where most of the scooters are.” Vitner also predicted that Opportunity Zones will have a more significant impact on where commercial real estate development occurs in the next cycle. “I’m not sure [Opportunity Zones] are going to play a factor in this economic expansion because we only have a couple years left, but they will present a great opportunity in the next decade,” said Vitner. “The idea behind Opportunity Zones is one of the smartest things the government has ever done, which is not a long list.” The idea behind Opportunity Zones is to attract investment outside of the most frequently trafficked submarkets. Vitner says that while the program is a “great thing,” the problem is that a central principle of real estate is “location, location, location.” “Oftentimes the location is what made the project work, so Opportunity Zones are there for a reason — they’ve been a dead zone for a long time,” said Vitner. While the location of new construction may be different in the next cycle, Vitner was fairly certain that retail will play a minimal role in the future because of the surging momentum of e-commerce sales. “My guess is that every shopping mall in America won’t exist 10 years from now” in the same fashion as today, said Vitner. He predicted that successful malls like Charlotte’s SouthPark and Atlanta’s Lenox Square will be remade into something that more resembles a mixed-use destination. “If you look at sales figures for malls, most of the sales per square foot are concentrated in a quarter of the mall,” said Vitner. “Their most valuable assets are their parking lots, zoning and traffic lights — it’s not their merchandise or leases.” — John Nelson Originally printed in the REBusiness Online.